These Mediterranean chicken wings are loaded with flavor and guaranteed to become a fan favorite for game day or any gathering.

Tis the football season New England, it’s time for Sunday gatherings filled with family and friends who are ready to grub! Our family just loves all things chicken wings. We don’t discriminate against wings in this house, whether barbecue, buffalo, or teriyaki flavored, you name it, my family will crush it. I bet these Mediterranean Chicken Wings will be right up there as a family favorite with your gang as well. I start this recipe with clean and fresh ingredients as they always bring out the best flavors. We’re talking fresh rosemary that I grow in abundance in my herb garden all year, the zest and juice of fresh lemons, an entire bulb of garlic, and some red pepper flakes to kick up that heat factor.  You’ll actually be cooking both the lemons, and the garlic bulb face down directly in the skillet. This will bring out the most robust flavors that will have your tastebuds doing cartwheels. 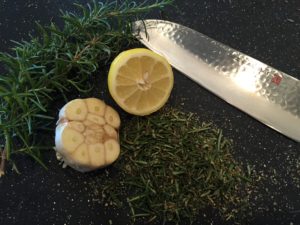 Selecting chicken wings shouldn’t be too difficult as most grocery stores carry wings already cut into wings & dings (the wing and the mini drum stick). If you can only find whole wings, not a worry, here’s how to do it yourself. Like any poultry products you want to start by rinsing the wings under cold water and patting them dry with a paper towels. Using a very sharp knife, cut and remove the tip of the wing, then cut directly in between the joint that separates the wing and drum. Nothing too complicated here so you’ll be in and out of the kitchen in no time.

I prepare these wings in a cast-iron skillet, then finish them in a preheated 400* oven for the most juicy and flavorful results. If you’re not familiar with a cast iron skillet, then I welcome you to a whole new world of cooking. I believe every household should have this beauty in their kitchen. A cast iron skillet is a dark and extremely heavy skillet that is rugged enough to perfectly sear a T-Bone like a professional in minutes, yet delicate enough to fry an egg without using butter or oil. This type of skillet needs some love and attention to keep it in great cooking shape. This starts by seasoning the skillet before your first use and before storing it away. I’ve attached a link from my friends at Serious Eats for an easy to follow guide to seasoning a cast iron skillet. https://www.seriouseats.com/how-to-season-cast-iron-pans-skillets-cookware

Preheat cast iron skillet over medium-high heat.  Season the chicken wings with salt and pepper. Once skillet is hot, add the olive oil. Add the chicken wings to the hot oil and gently brown flipping once after 3-4 minutes on each side. Continue cooking until the wings have a crisp and golden brown skin. We are just browning in this step, the chicken wings will not be fully cooked at this time. 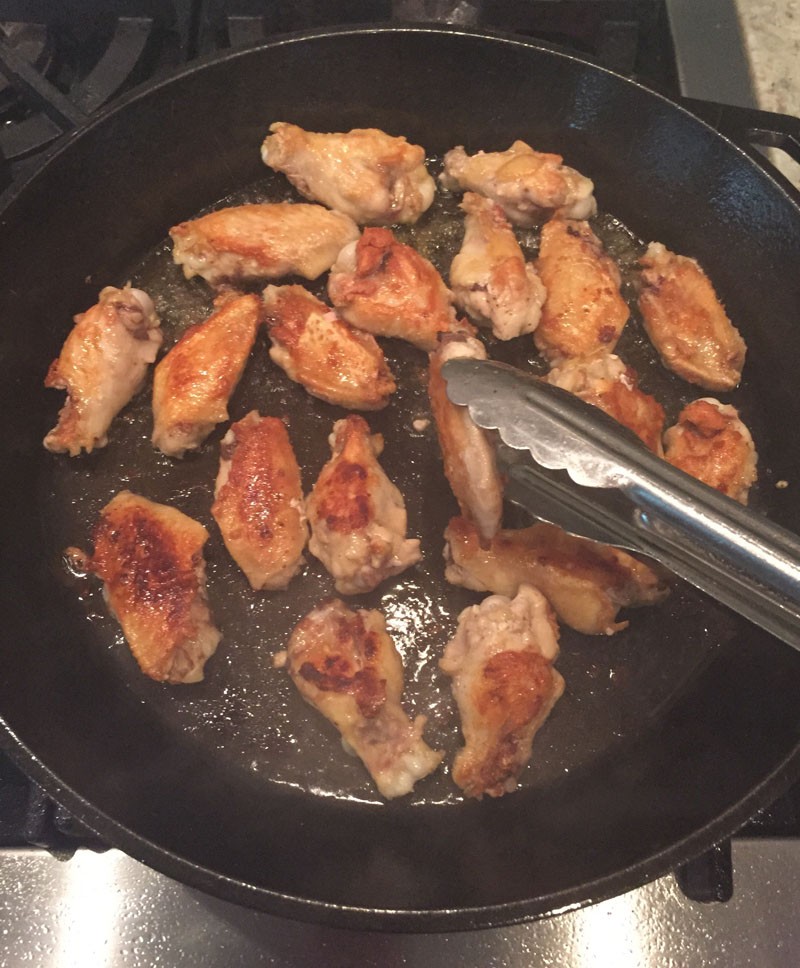 Turn off burner and remove the skillet from the heat.  Add the chopped rosemary, lemon zest, and red pepper flakes directly into the cast iron skillet and mix until the chicken wings are evenly coated. Slice the garlic bulb directly in half, exposing the inner cloves, and add it clove side down to opposite sides of the skillet. 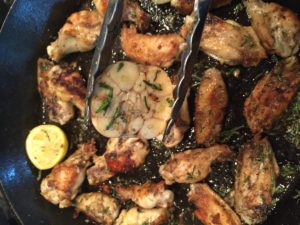 Slice the lemons in half, squeeze some juice from each lemon over the wings, and place each lemon half, face down in the skillet. 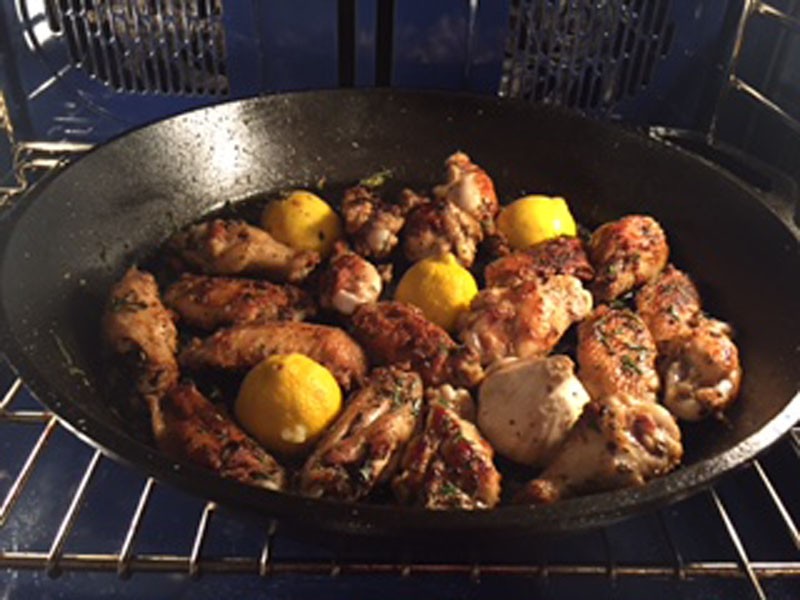 Place the entire skillet in the preheated 400° oven and bake for about 20 minutes, or until the internal temperature reaches 165°. 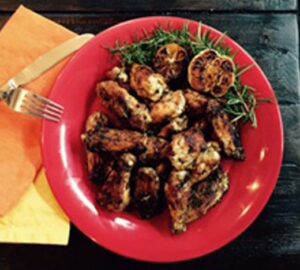 1 foodie loves this. Do you?

Hi, I'm Catherine. Mother, daughter, sister, friend, wife to a remarkable man, and a self-proclaimed foodie. Spend some time in my kitchen to find out just how fun & easy cooking can be. Learn More »